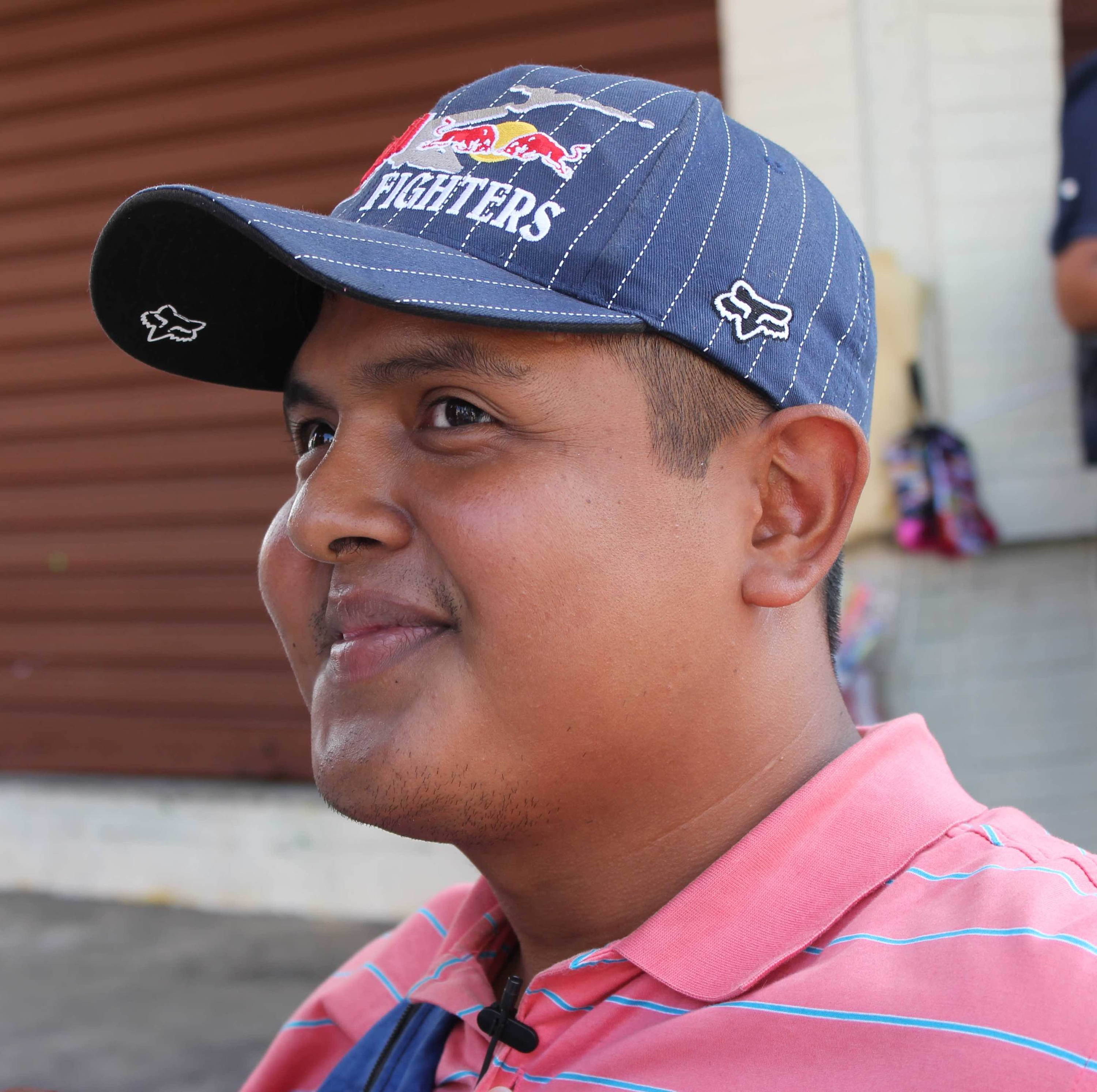 how we're using gun metal to save lives

Gun violence kills around 200,000 people a year. In this special investigation we reveal the truth about gun crime and how we're determined to help

Across the globe, someone is shot EVERY minute. Poverty and gun violence are mutually reinforcing – they form a vicious cycle which impacts the lives of the world’s most marginalised people.

There are hundreds of millions of illegal firearms worldwide – the vast majority have been diverted from legal ownership or government possession to criminal networks. We typically associate gun crime with male-dominated gangs – but women are hidden victims too. In fact of the 66,000 annual homicides of women committed every year, roughly 40 per cent involve firearms, according to the Small Army Survey.

David Ernesto Caceres Castro, a young man from El Salvador, was an 18-year-old student, on his way to work when he was caught in the crossfire of gang violence. He was left paralysed, after being shot in the back and the head. He woke up in hospital to be told by doctors that he’d never walk again.

‘In El Salvador the healthcare system is very poor,’ explains gun violence expert Kristina Jannerbo, whose organisation IM Humanium Metal (see below) has been supporting David. ‘To face this situation – learning how to use a wheelchair, not being able to go to the bathroom – but then also not to get the right healthcare is a big crisis.’

Although gun crime isn’t something most of us will have first-hand experience of, we ALL have a vital part to play in tackling the global devastation it causes. That’s why #TOGETHERBAND is proud to partner with the ground-breaking Swedish organisation, IM, who are committed to tackling gun violence in a unique, tangible way. They transform illegal firearms into what they call ‘Humanium Metal’ – a material we use to create the signature BOTTLETOP-shaped clasps on our #TOGETHERBANDs.

Their Humanium Metal is an upcycled stainless steel repurposed from deconstructed illegal firearms - weapons that have been seized by local authorities in Central America. The very first weapon destruction programme took place in November 2016 in El Salvador, which produced one tonne of Humanium Metal. So far, the organisation has transformed almost 6000 illegal firearms into ‘peace metal’. We’re passionate about this incredible way to breathe positive new life into what was once a terrifying ‘metal of death’. 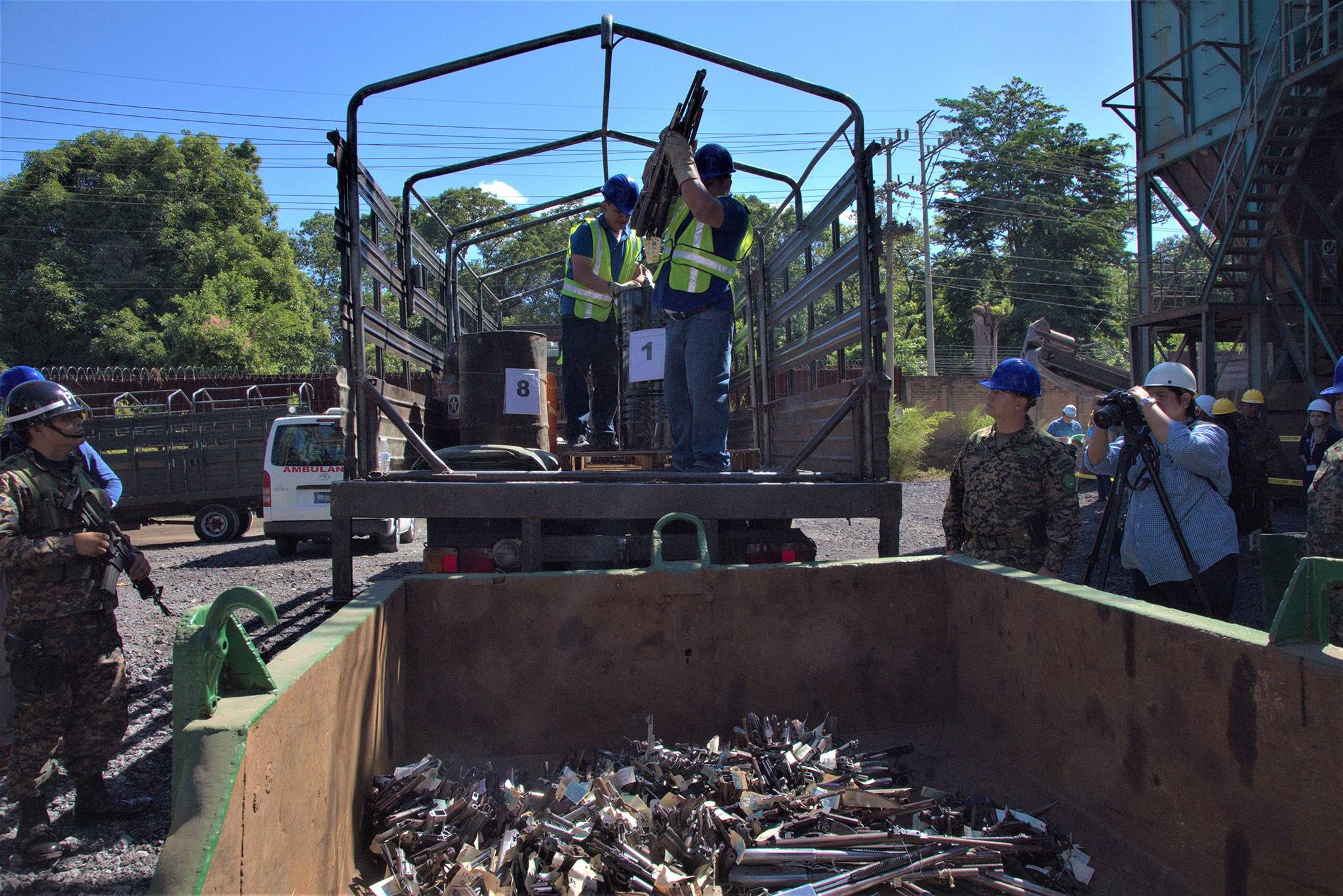 In Central America, there are over 900 gangs operating today, with an estimated 70,000 members, according to the figures from the World Bank. The Humanium Metal we use for our #TOGETHERBAND clasps comes from El Salvador, one of the most violent countries in the world. 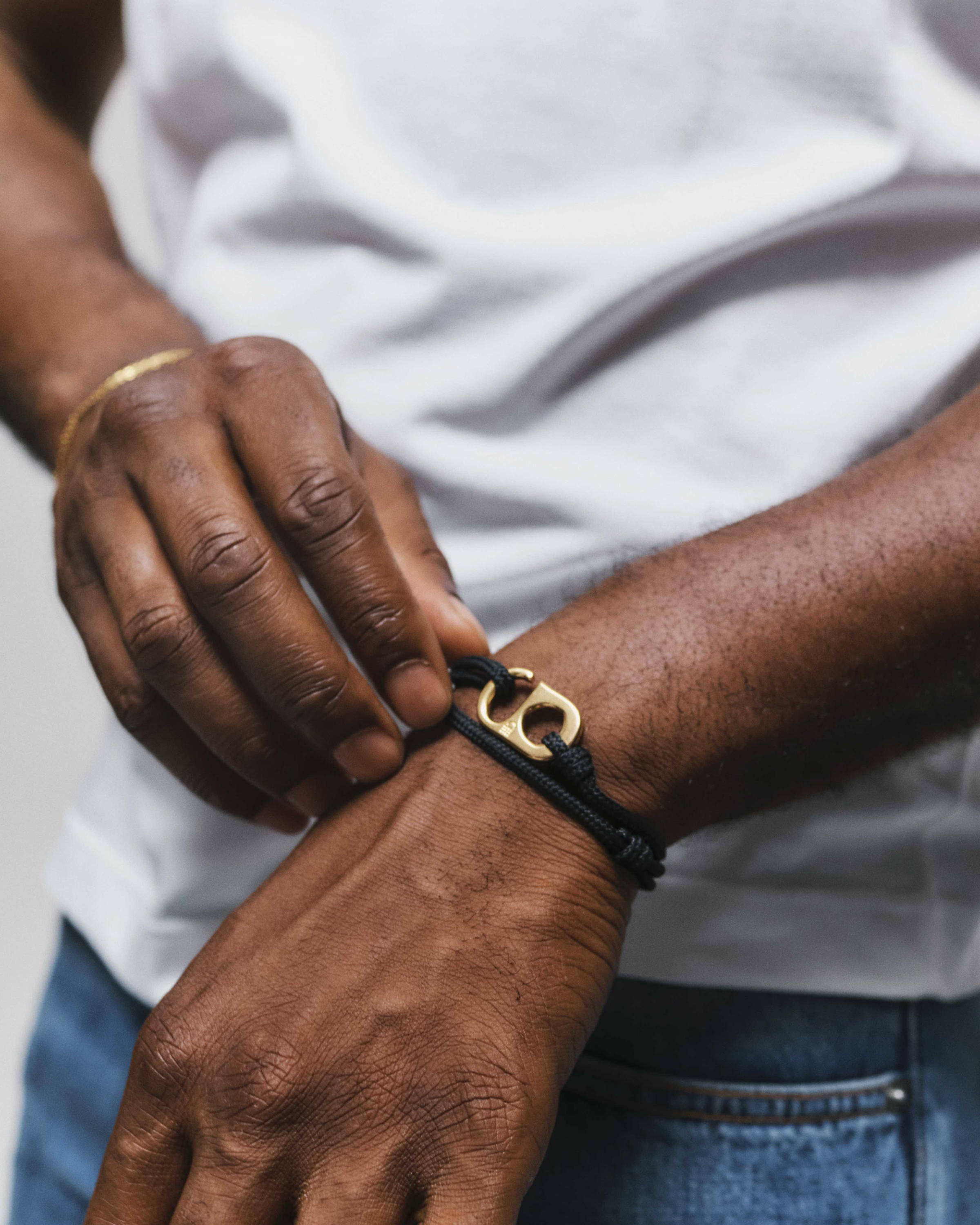 with Gold clasp made from Humanium Metal

But what are the factors that lure people into gang violence in the first place? ‘As the main members of gangs, young men are a really vulnerable group,’ explains Kristina Jannerbo from Humanium Metal’s Advisory Board. ‘Being a part of these violent structures gives them an identity and some kind of income, but tragically many of them die young.’

In El Salvador a complex interplay of factors, including poverty and a lack of state control, has led to a widespread culture of violence. ’We see a situation where people don’t go to school and if they do go to school, they don’t have job opportunities afterwards,’ says Kristina. ‘It’s very hard, especially for young men, to get a job that will provide a decent income.’

Historically in El Salvador gang culture is also part of a failed peace process between the government and prominent gang leaders. ‘The government started to negotiate with gang leaders in prisons but a lot of people argue that by negotiating with them in that way they gave them too much power.’

Young women are often affected by gang culture too – both as members and as targets. ‘Sometimes they are active gang members, but there are also high levels of domestic violence as part of the gang structure,’ adds Kristina. ‘For many families the worst-case scenario is that the gang leader falls in love with their daughter because generally the only option is to take her out of the community, otherwise she will become a possession of the gang member.’

The violence women face from guns is often under-reported. In fact, if there’s a firearm in her home, it is FIVE times more likely that a woman will die during an episode of domestic violence. Humanium Metal highlights the link between gun crime and ‘toxic masculinity’, as the presence of a gun increases the likelihood that a woman will suffer sexual violence too. It’s women who also typically bear the responsibility of caretakers of survivors of gun violence, putting them under severe economic stress.

With these issues in mind, proceeds from Humanium Metal’s products are reinvested in grassroots projects to directly support survivors and help combat the issue of gun crime. For gun violence survivor David the emotional support that he received via Humanium Metal was life-changing. 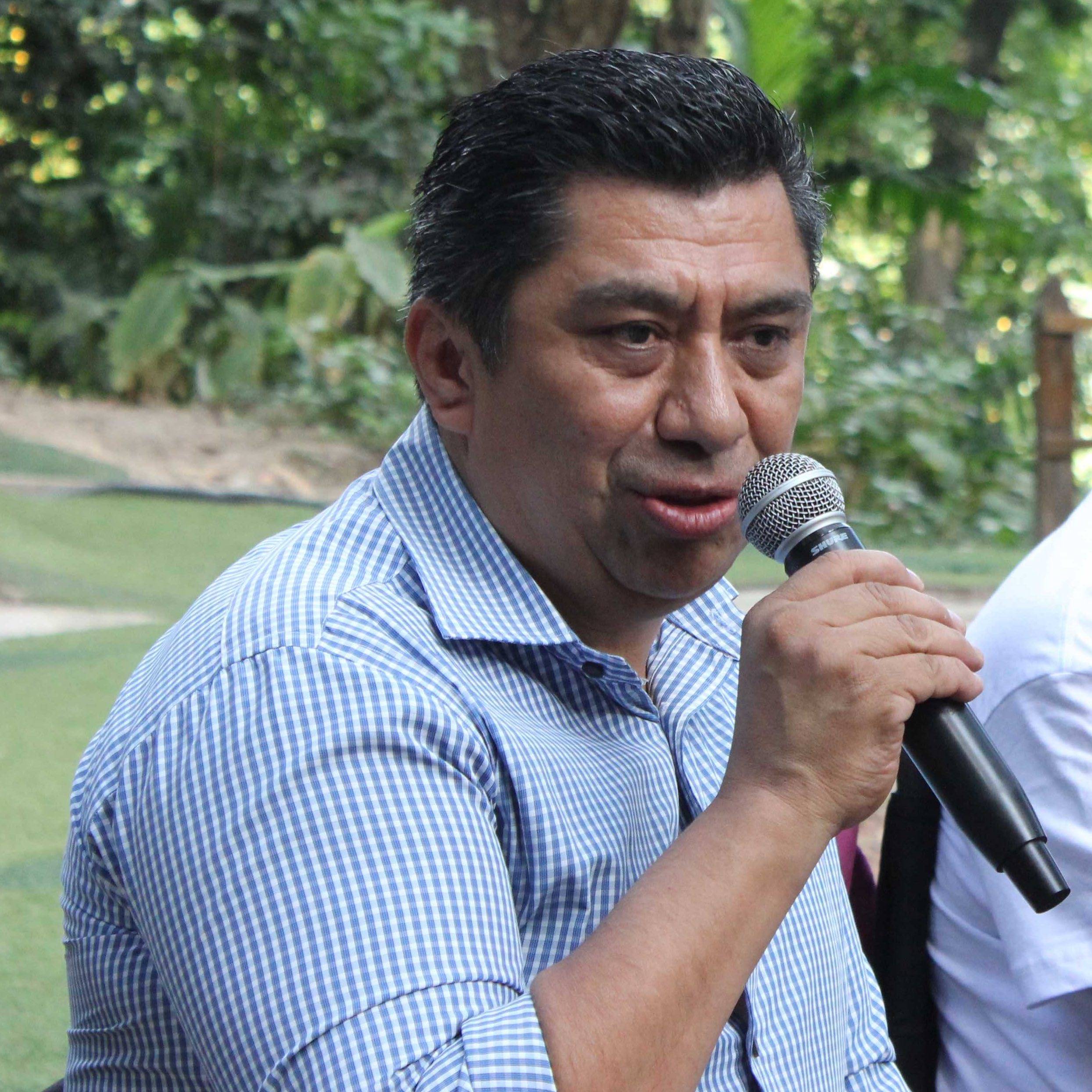 In hospital, in the aftermath of the attack, he was visited by Amilcar Duran (pictured above), the director of Fundación Red de Sobrevivientes, which is one of the two NGOs that Humanium Metal partners with to empower survivors. Like David, Amilcar too survived a gunshot attack, and will need to use a wheelchair for life. He went on to set up the NGO, an organisation that helps people with disabilities. Around one quarter of those people are survivors of gun violence. Part of his role is to identify those in need of support.

‘When you’re visited by someone who has been through the same thing and you can see that you can have a life, it’s very powerful,’ emphasises Kristina who saw first-hand how Amilcar was able to inspire David and show him the path to a brighter future. ‘Amilcar has played basketball for El Salvador in the Paralympics, he can drive, he’s independent, he can look after himself. So this first meeting was important to give David the support he needed.’ 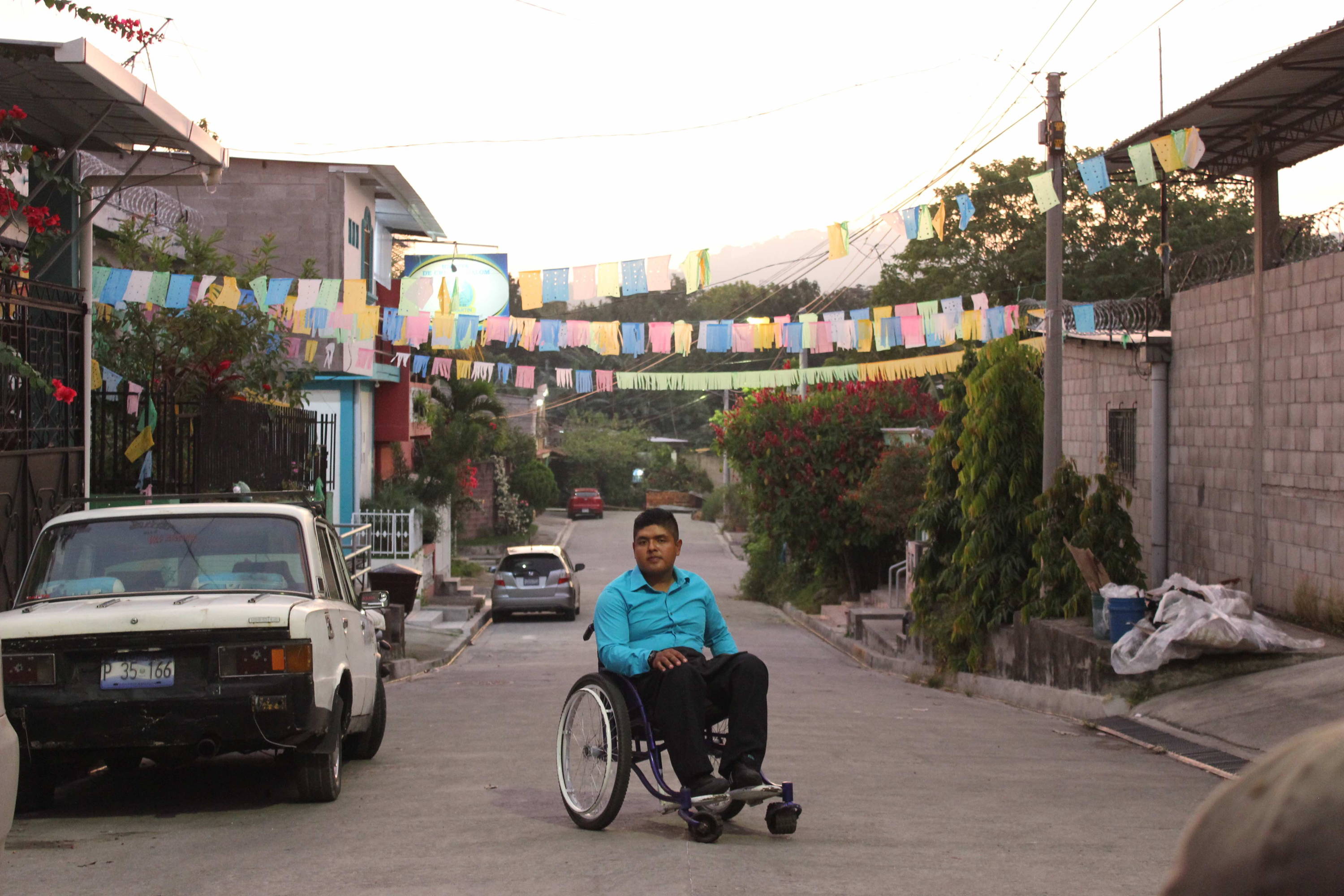 After leaving hospital, David was totally dependent on his mother at first, but now, eight years on, he has rebuilt his life with the help of Fundación Red de Sobrevivientes. He has a market stall and is earning enough to help his mother by paying rent and for food. ‘David was crying when he was telling me this,’ recalls Kristina, ‘because he never thought he would be able to have a job and contribute as he does now. He has created this store for himself and is so proud. The support we gave to him changed his whole life.’

'I'm A Solarpunk – This Is My Vision Of The Future'