Now reading: Getting Started on the Quest for a Plastic Free Bathroom
PrevNext 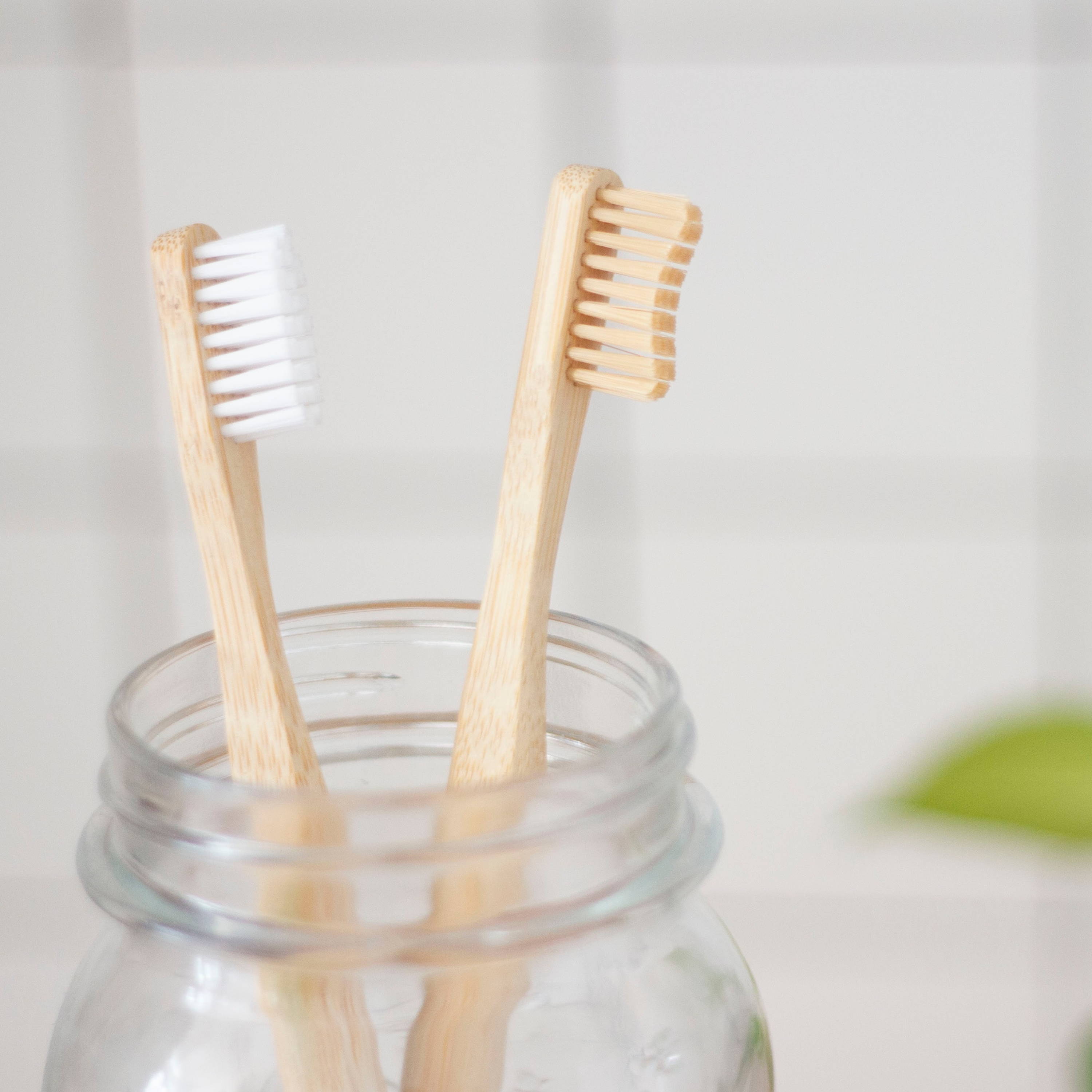 Getting started on the quest for a plastic-free bathroom

It was about a year ago now that I looked around my bathroom with a sense of dismay. Almost every product I used was housed in plastic of dubious origin with grim prospects for recyclability. I’d lived for 25 years as a single-use plastic monster, not giving a single thought to packaging until it came to throwing things away, which obviously was too little too late. According to Greenpeace, a truckload of plastic enters the ocean every minute, so it was time I did my bit.

First things first, I made the easy decision to obey the golden rule of sustainability - if you’ve already got it, use it. It’s not great to have a plastic toothbrush, but chucking it out in favour of a bamboo one when there are months of life left in it is even worse. The road to using up all of our plastic packaged toiletries was, and continues to be a long one - partly compounded by moving in with my fiancé which gave us double the amount of stuff, and slightly delayed also by gifts from well-wishing family members not aware of the plastic purge I’d set out on.

The first things to run out were obviously what we use most of - body wash, facial wash and shampoo. Armed with a beautiful new soap dish from RE (a lovely homeware shop based in Northumberland who stock Fairtrade items supporting local craftspeople), I began my hunt for soap. Just like the rules of gravity, it’s a law of the universe that every plastic-free novice will find themselves in Lush at some point. I left with a block of ‘Sleepy’, a lavender scented (anything to sooth my millennial anxiety), oat milk-infused solid soap bar to use in the shower. It was great and lasted for ages. 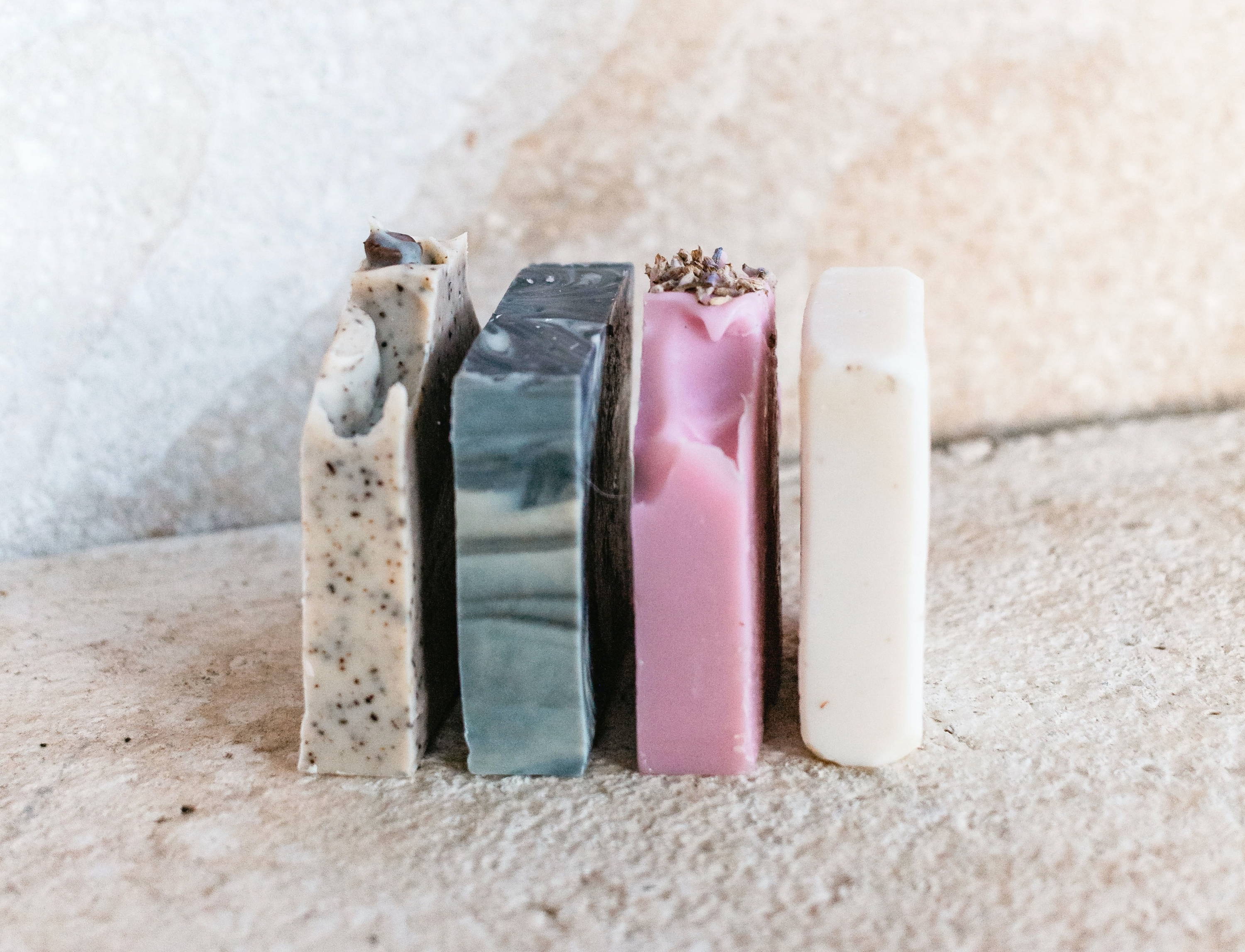 Now Lush does a lot of wonderful things, from ethical purchasing to employee empowerment, but one thing was for sure - Lush was big enough to survive the pandemic, and other small businesses might not be. So for my second round of purchasing, I migrated to Etsy where there are SO many small businesses and individuals making beautiful, sustainable bathroom products - some literally creating incredible smelling soaps at their kitchen tables.

I worked my way through my Etsy haul (including a bag of soap ends, a great way to combat waste) and by this point the time had finally come to look into solid shampoos. Marsh Valley is a wonderful company based about 15 minutes away from where I grew up - they make award-winning goat’s milk soaps, solid shampoos and even solid pet shampoo, all of which arrives in recyclable and compostable packaging. If you check out their website you can even see pictures of the dairy goats living their best lives - I’m fully sold on this one.

Beware the sneaky single use wrappings

For better or for worse I’m someone who loves jumping on hype, so when Carbon Theory’s charcoal and tea tree cleansing bar became the latest cult beauty product, I was in. Unfortunately my plastic-free smugness took a hit on this one - the bar arrived in a plastic pouch. It seemed crazy to me to make a solid cleansing bar and then wrap it in single-use plastic. I was so baffled that I decided to message the company on Instagram, who told me that due to COVID-19 their paper-wrapped bars were currently on hold as they had been wrapped by hand. From what I can recall this has been my only packaging disaster, though I did have a brief panic when my bamboo toothbrush appeared to be a single-use offender (it was actually compostable).

The quest goes on

As with all lifestyle changes, working towards a plastic-free bathroom is a long process with plenty of missteps along the way, though it’s becoming easier as brands shift focus to meet increasing consumer demands for eco packaging.

I still have plastic in my bathroom, most of which I hope to phase out over the next few months, but there are things which will be harder to let go of - as someone who spent a lot of time and money on orthodontic work, swapping trusty toothpaste for tabs is a daunting prospect. Sustainable living can feel a mammoth task , especially with something like going plastic-free, when the fact is that plastic as a material is so deeply entrenched in our lifestyles. But even a small change can make a huge difference if we all pull our weight. Think about it: according to the ONS there are 27.8 million households in the UK, so if every household swapped one product, that’s at least 27.8 million less pieces of plastic - your one little bar of soap is more powerful than you’d think.

The Responsible Consumption and Production Band