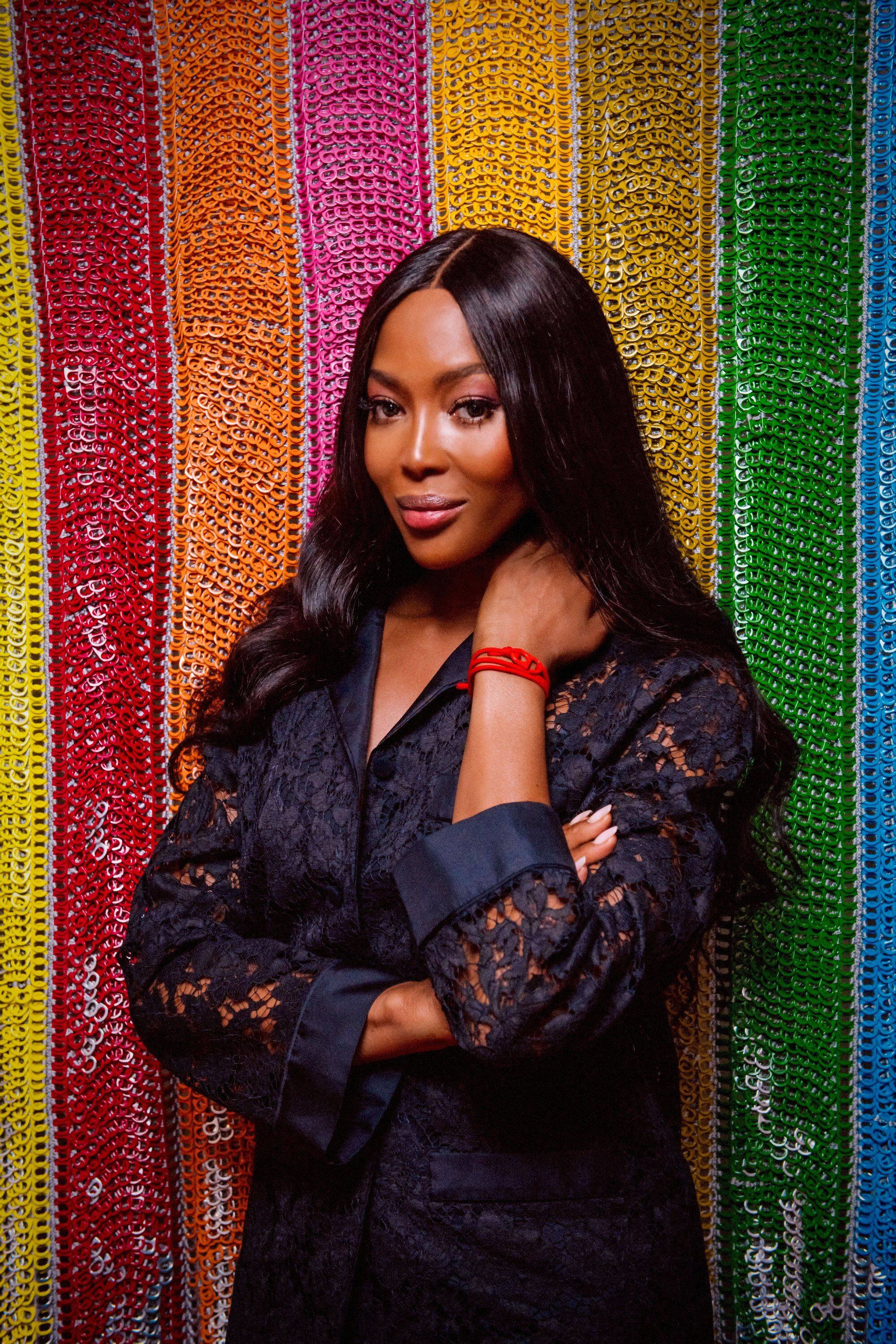 come together with... naomi campbell

The supermodel and activist on why she’s supporting Goal 1: No Poverty

Why are the UN Global Goals so important?

I think most people don’t want to talk about what’s going on in their country - they kind of push it under the carpet - so I think Global Goals is a way that everyone can come together, no matter what walks of life, to tackle an issue that they feel strongly about. Out of 17 Global Goals there is something for everyone to connect with and to want to support. What I love about this is that it is global; every issue that Global Goals stands for happens all over the world.

Tell us why Goal 1: No Poverty is a passion for you

I loved and respected President Nelson Mandela; he was someone that very much fought to eradicate poverty and he thought it was manmade. We have to take responsibility in eradicating poverty by 2030 and if we all do our part, it can happen. Even if you’ve never experienced poverty, poverty is all around us in so many different ways. Poverty is not just people starving: it crosses refugees who are displaced, housing, getting underpaid in a job. I have met many refugees in camps that have got four or five jobs a day, just wanting to keep learning skills, to take care of their family. Teaching skills is one of the most important things world-wide.

Do you have any first hand experiences of poverty?

My first time going out into the field was 1993. I didn’t know it was poverty at the time, but I understood afterwards. For me, I just thought poverty was because you weren’t given food. But I’ve grown to know that that’s not the only thing that’s considered poverty. People should have - and they just don’t have - the conditions to go to school, to have an education. I’ve visited Tanzania, Russia, South Africa, Kenya, Cuba, Brazil - I never went there ever seeking to be some type of saving person. It was really just to open my eyes and see what they needed, what could I do to help, what I could lend my voice to.

And that’s really how I started - speaking out and lending my voice to these people that needed it. I didn’t really know what I was doing. There was no plan. There isn’t really a plan plan now. I commit to things that grab me and I feel like I’ve got to help. Children is what really affects me the most, women and children. I have a few orphanages - one in Cuba, one in Jamaica and two in Kenya. The common denominator with adults, children, men, women, toddlers...they want to learn. You can go someplace and give out sneakers, but sneakers is not what they need. They need to learn a skill. They need to learn how to make the sneakers.

So now, where I am in my life is, I’m a model, obviously. I’ve been tackling the big fashion brands that I’ve been working with to not just take from the continent of Africa, but to give back to the continent of Africa. To make things that say “Made in Africa by such and such”. These people deserve to have what we have in the West, in Europe, London, America. They deserve, and they should get, and they will get. I’m not into shaming people, but I will open my mouth. They have to think that they have forgotten a whole continent. And why? A continent of such highly educated people. Literally everybody has a degree. When I go to Africa, no matter what part of Africa I go to, I’ve left inspired.

Why did you start Fashion for Relief?

My first modelling job was a location shoot in New Orleans in 1986. So when I saw in 2005 what Hurricane Katrina had done, I felt very nostalgic because I’ve been back many times since. I just saw people walking with nowhere to go. I saw that the actors were doing a telethon, and the musicians were going to do a concert. So I thought, ‘well, it’s one week before fashion week. What can we do?’ So that’s how it started. I remember calling the boss at IMG [who ran the Fashion Week tents] and he said ‘whatever you need, Friday night the last night. You have the tent, let’s go’. And then from that point on it was really just reaching out to everyone in my industry that I’ve met. Ralph Lauren made the official T-shirts, Anna Wintour opened up the closet of everyone that I needed to come on board. We even had Beyonce walk. But what made it special, why I love doing Fashion for Relief, is it’s not for the fashion crowd, it’s for the public. The public never gets to really see what we do and it’s a form of entertainment. They also get to own a part of what we do - you can buy everything that you see on the runway.

How do you think racial bias in the fashion industry is changing?

It’s changing but I’ll never stop speaking to make sure that people know it’s not a trend, because that’s the problem: you have to make sure that it’s consistent. That it’s maintained throughout. I couldn’t be happier right now with the way things are going in my industry, for the balance of diversity, to the point where I cried yesterday, actually, at work, because it’s something that I recognised when I was 17 or 18 years old. I stood up for myself then but I find that it’s not just standing up for myself. The last two decades have been standing up for a future generation after me and making sure that they’re treated in a fair way, because they’ll be fearful to open their mouths and speak out in case they don’t get the job. I am always very optimistic, and today I’d say I’m proud. There’s still a lot of things we can do. There are a lot of publications. Actually, we want Conde Nast in Africa, and it will happen.

What drew you to the #TOGETHERBAND campaign?

The connection of what it stands for by the colour code; it makes you decide what goal you really want to choose that you resonate with. It makes it human. Everyone really has to think about what it is that affects them the most. The whole way that it is made from the bottle top fascinates me, too. I’ve travelled in Africa a lot and I’ve seen how they use bottle tops to make art, just so creative and artistic.

Who are you sharing yours with?

I actually am going to share my band with Edward Enninful, who is like a brother to me. He’s the Editor in Chief of British Vogue, he stands for gender equality and balanced diversity, being one of the first men to have the position of his job, we’re all extremely proud. And he has just been a real champion of all these issues since the day he’s got there. He’s sticking to them he’s supporting it 100%, so I couldn’t think of anyone better to share my second band with.

How does it make you feel when you wear your band?

When I wear my #TOGETHERBAND, I feel connected to the cause of the Goal that I’ve chosen. I’m wearing it to be a constant reminder that I am blessed but I have to continue to help those causes that adhere to me.

Join the #TOGETHERBAND movement. Make the commitment to choose the goal that suits you. Go on social media, talk to your local MP representative. Keep opening your mouth - which is something I’ve always done - until you see it’s been taken notice of, until some action has been taken. Once the action has been taken, never stop. Always continue. I don’t believe in the word no. You’re going to always need to maintain and continue to drive that message home to those that need to hear it. Because it’s something that shouldn’t be and cannot be ignored.

How To Wear A Face Mask

The No Poverty Band